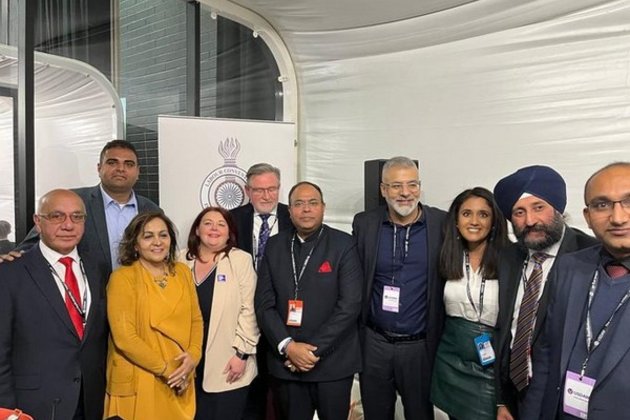 London [UK], September 30 (ANI): The Labour Convention of Indian Organisations (LCIO) is aiming to close the gap between British Indians and the Labour Party by boosting the Indian diaspora connection.

The party announced that it will bridge the gap between the Labour Party and British Indians and India by fostering inclusive sustainable growth for both countries through a trade agreement; deepening cultural and educational ties between Britain and India; and engaging with India as a "partner and critical friend" on issues of concern for British Indians.

The LCIO announced its relaunch on Independence Day last month to celebrate the 75th anniversary of India's independence.

During a special India-focussed event, the recently revived LCIO was formally launched and hailed its mission of strengthening India-UK relations, reported iGlobal.

On the sidelines of the party conference in Liverpool Labour Party Leader, Sir Keir Starmer, said, "I welcome the re-establishment of the Labour Convention of Indian Organisations. The timing is poignant as people worldwide celebrate 75 years of Indian independence."Signifying another attempt by the Opposition party to connect with the Indian diaspora electorate, he said, "I'm proud of Labour's work with the Indian diaspora in the UK, particularly in strengthening ties between the UK and India. British Indians make an enormous contribution to our economy, culture, and politics. I'll welcome working with the LCIO on our mission to form the next Labour government."It comes after some years of perceived Indian diaspora disconnect under the previous Labour leadership, something which seems to have shifted this year with the attendance of India's Deputy High Commissioner to the UK, Sujit Ghosh, reported iGlobal.

"Deputy High Commissioner @HCI_London attended the relaunch event of Labour Convention of Indian Organisations at the Annual Labour Conference in Liverpool. We welcome the initiative and look forward to working closely with @LabourIndians to further the India-UK ties. @VDoraiswami," tweeted the High Commission of India, London.

"I've visited India a number of times and was really impressed by the organisation of women's groups and how they are tackling the climate crisis," said Angela Rayner, the Deputy Leader of the Labour Party, who also spoke about the Indian diaspora's enriching influence on the UK with specific reference to the "amazing nurses from Kerala" employed in the state-funded National Health Service (NHS), reported iGlobal.

The LCIO traces its roots back to India's independence movement and said that the reason for the reinvigoration this year is to connect British Indians to Labour inclusively and to engage India on the significant issues of our time - namely the climate crisis, sustainable development and enhancing internationalism. (ANI)